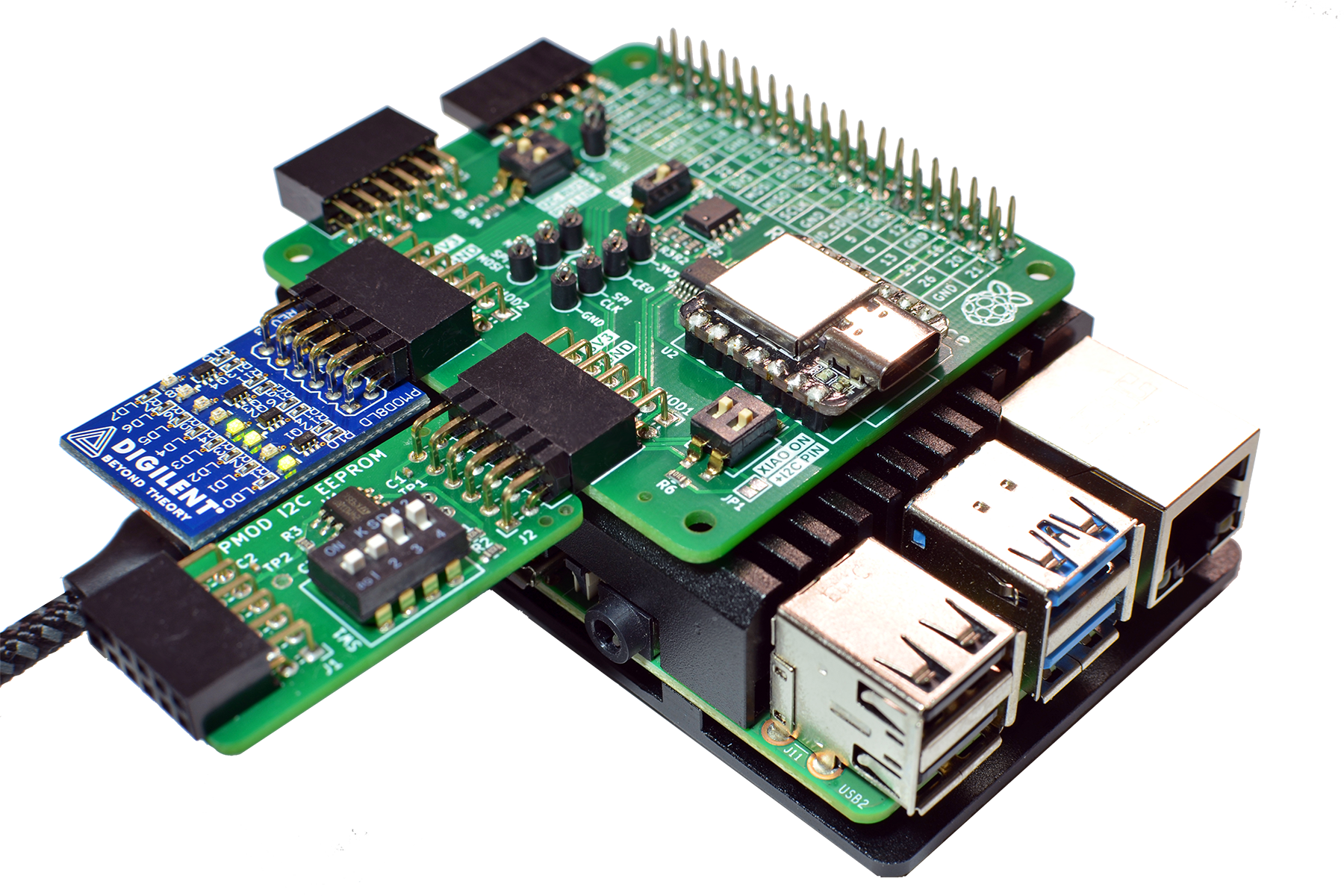 PMOD2RPI is a PMOD-compatible Interface Board for the Raspberry Pi B-type GPIO connector. It provides a total of four PMOD connectors to run PMOD-compatible modules on the Raspberry Pi. This board is compatible to PMOD interface standard v1.3.1 by Digilent Inc. The PMOD (peripheral module interface) standard enables simple plug-in connectivity between FPGA or microcontroller development boards, and a range of input/output modules. 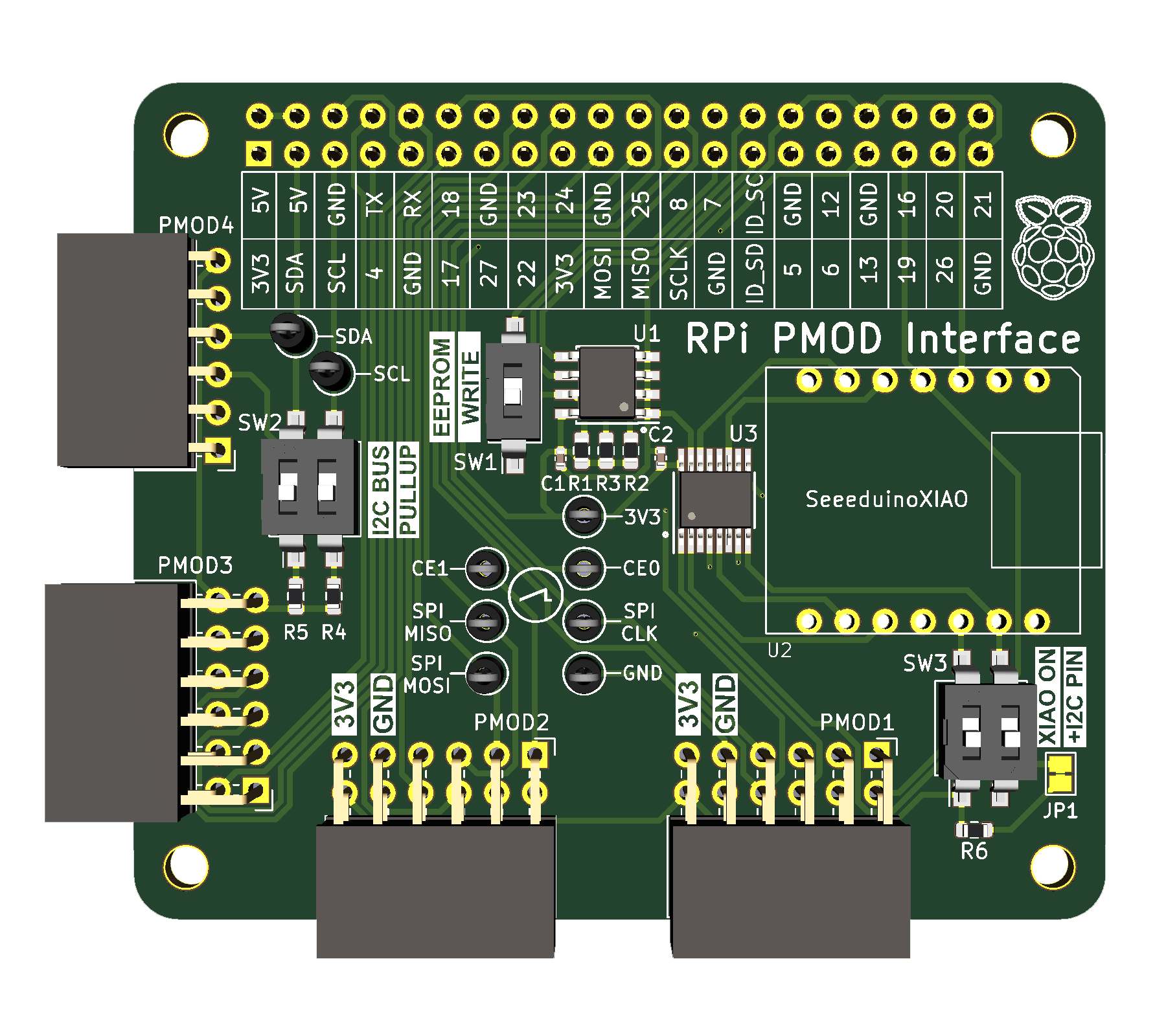 While all connectors provide digital IO, they also double as serial bus connectors for I2C and SPI modules. To aid troubleshooting, a set of Keystone miniature testpins can be fitted to create access for oscilloscope and DMM monitoring. A Seeeduino XIAO footprint has been added to additionally drive two of the four PMOD's, or to communicate with the RPi. The XIAO is optional, and can operate with the board "standalone" if needed.

The PMOD interface standard v1.3.1 added a new extended I2C connector type 6A, which runs the I2C bus signals over the same pins 3/4 that are already used for SPI. In order to allow both bus types to be used on a single connector, switch SW3 allows to swap the I2C signals between pins 3/4 and 9/10 on PMOD1. 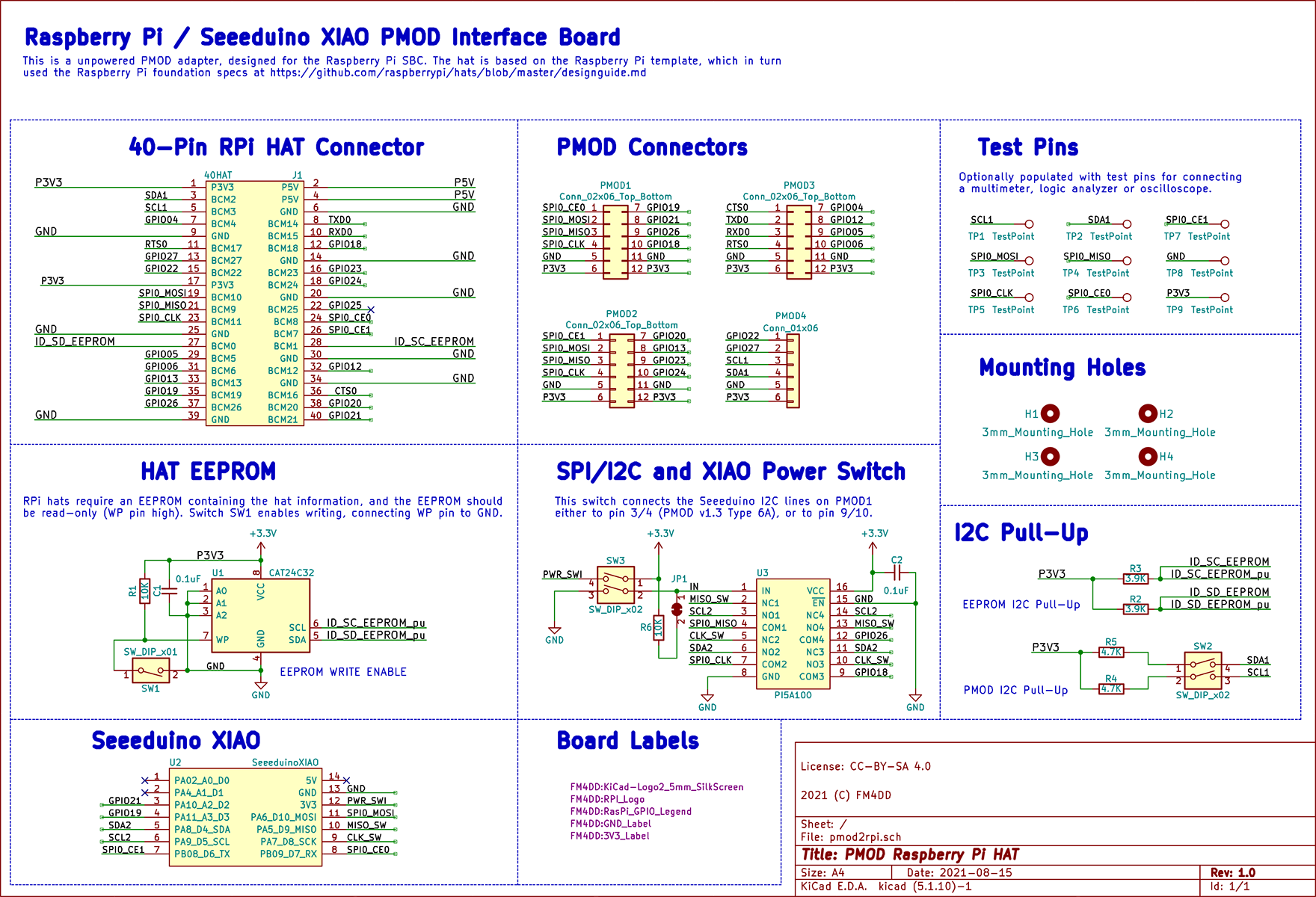 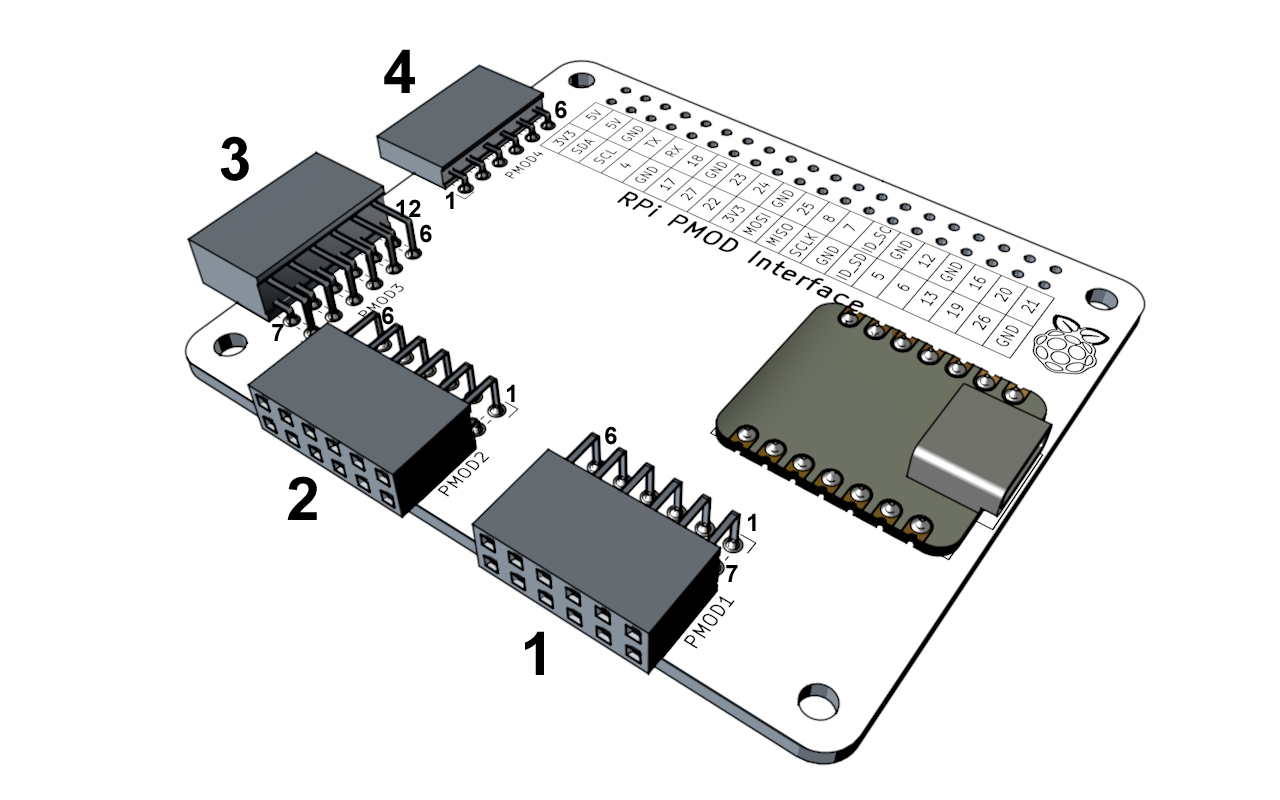 XIAO pins with alternate pins in () are controlled by the "+I2C Pin" DIP switch setting of SW3.

XIAO pins with alternate pins in () are controlled by the "+I2C Pin" DIP switch setting of SW3.

The bottom row is not connected to any XIAO pins.

The bottom row is not connected to any XIAO pins. 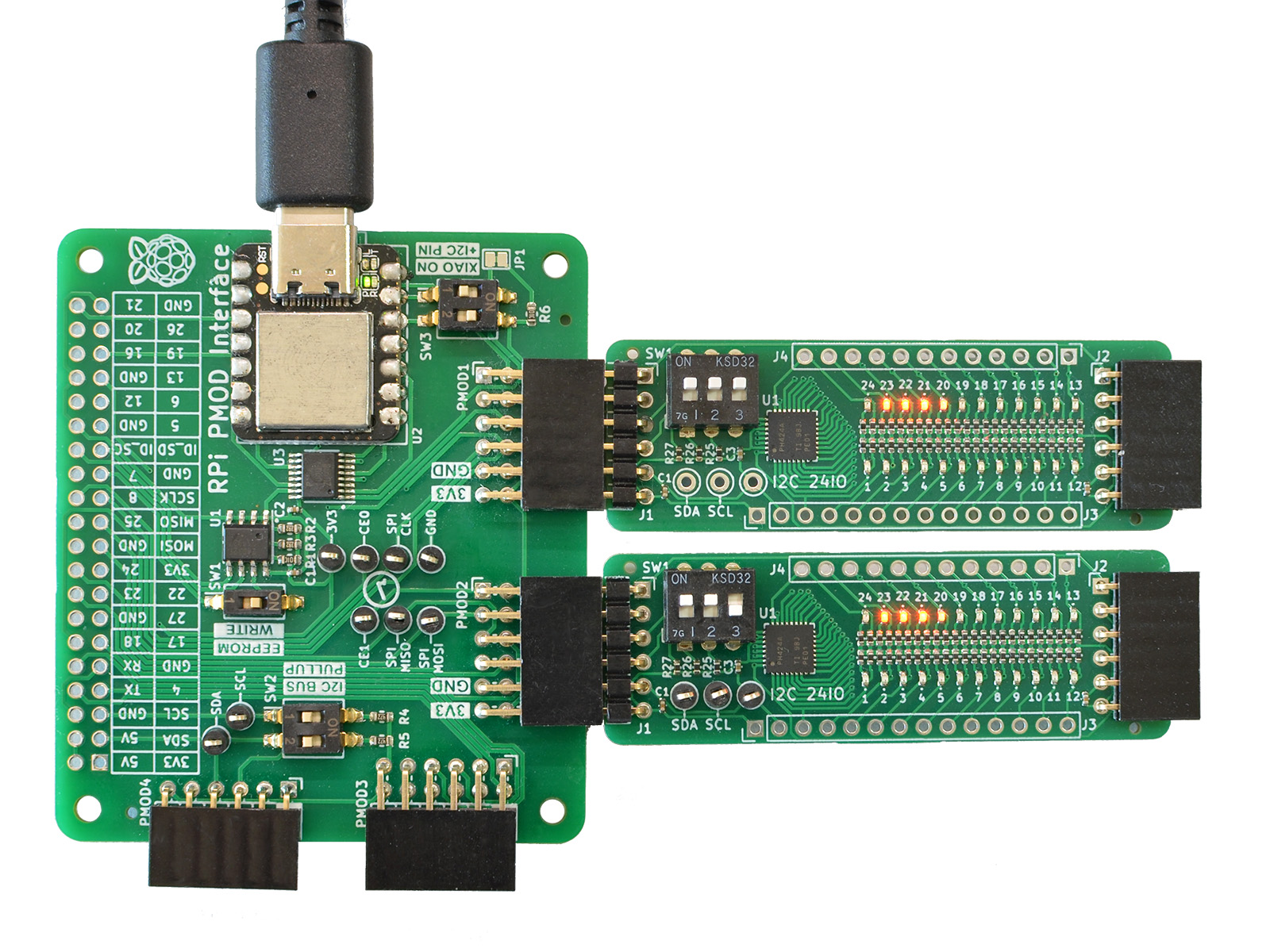 I2C24IO PMOD connected to the RPi PMOD Interface board connector PMOD4, running the "demotca6424a" example program on the Raspberry Pi: 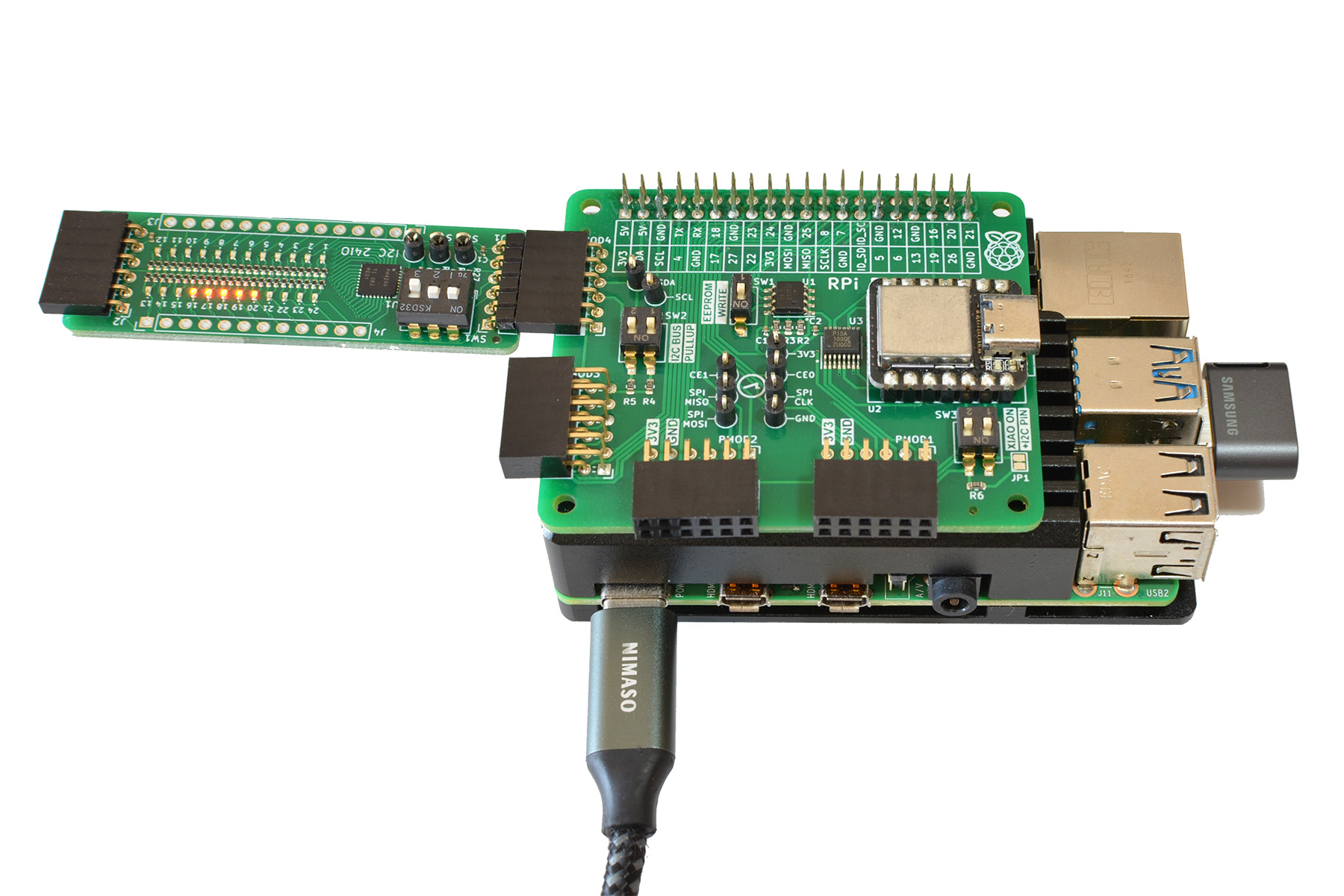 Two 7seg9 PMODs with the TM1640 controller IC, connected to a Raspberry Pi 4 through the PMOD2RPI interface board. 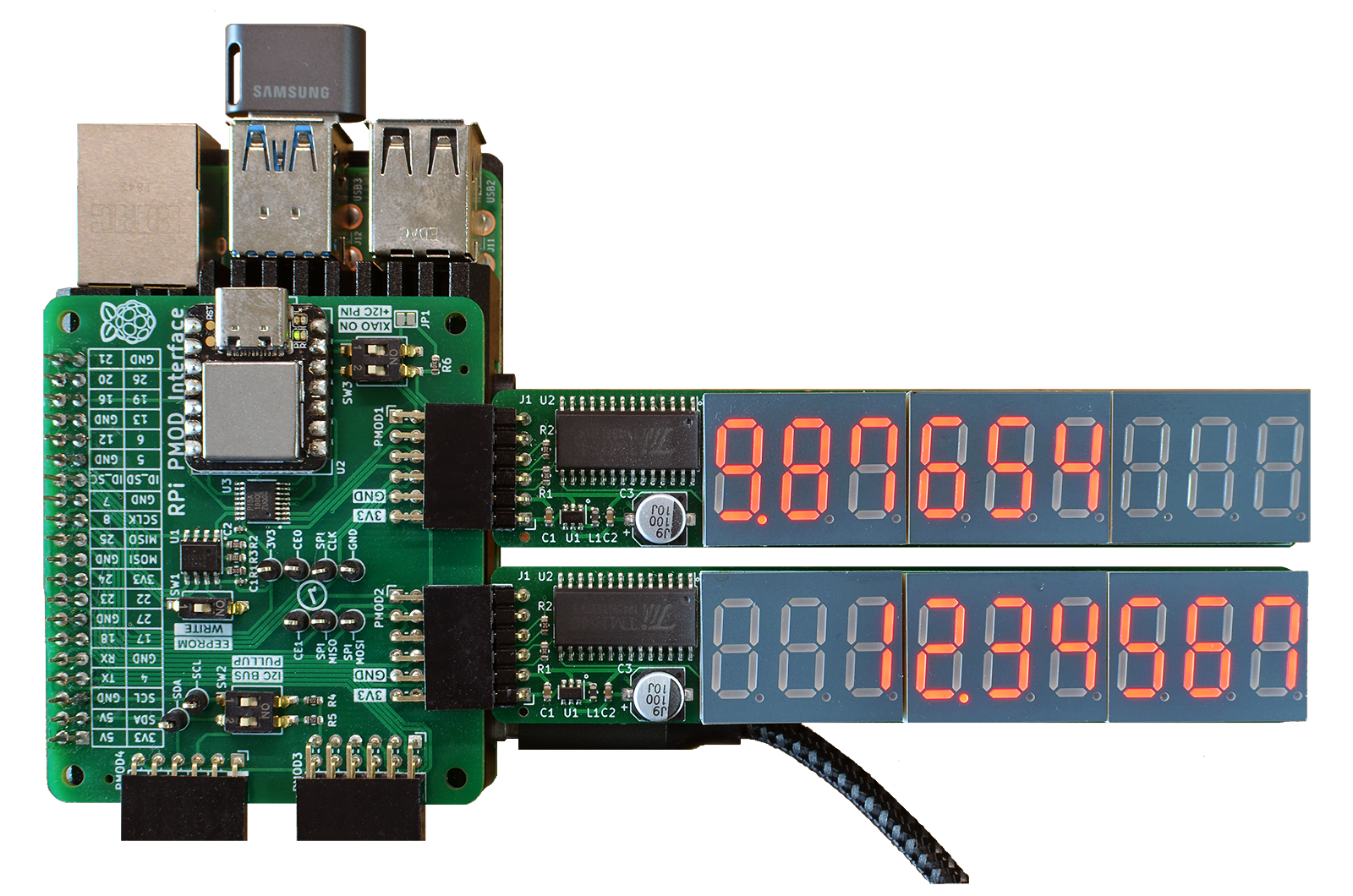