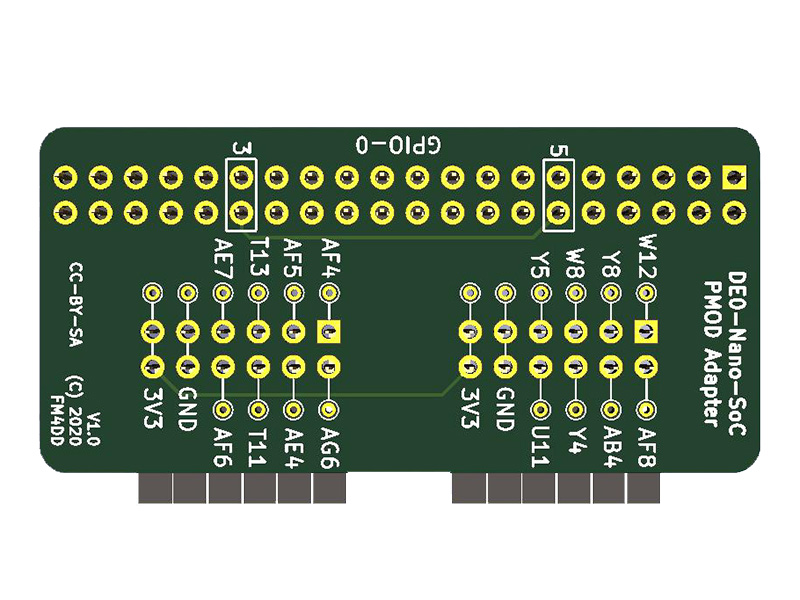 This module is a PMOD adapter for Intels DE0-Nano-SoC boards. DE0-Nano-SoC boards, equipped with Cyclone V FPGA, provide generic IO access through two proprietary 40-pin header rows with 36 IOs (72 IO total). The PMOD2NANO adapter converts 16 board IO's, together with the power lines, into two dual-row PMOD sockets. The adapter can be used on both GPIO rows for a total of four PMOD connectors. A separate PCB version is available for GPIO0 and GPIO1. While their wiring is identical, they have different pin labels printed. 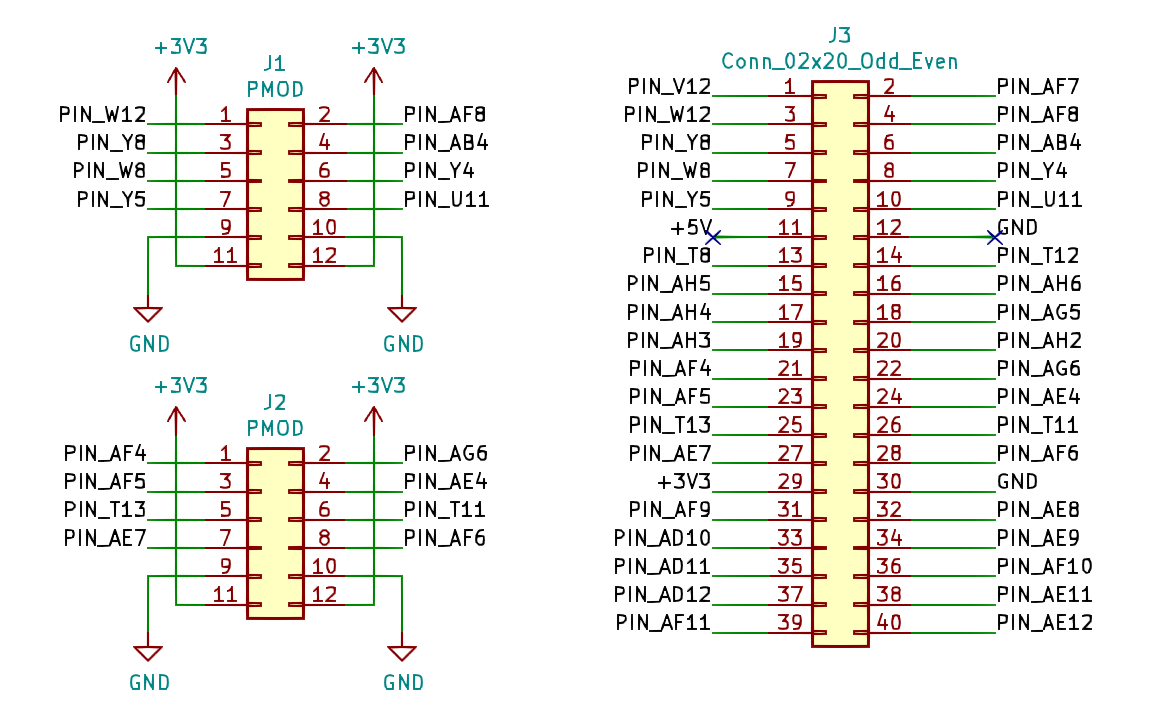 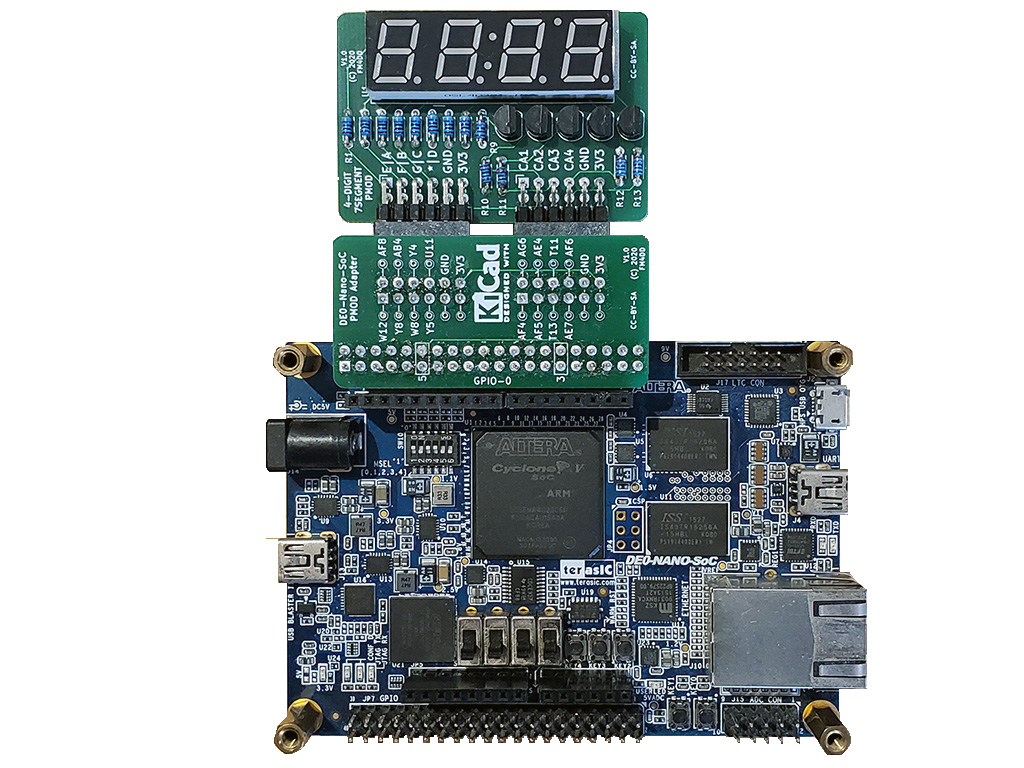